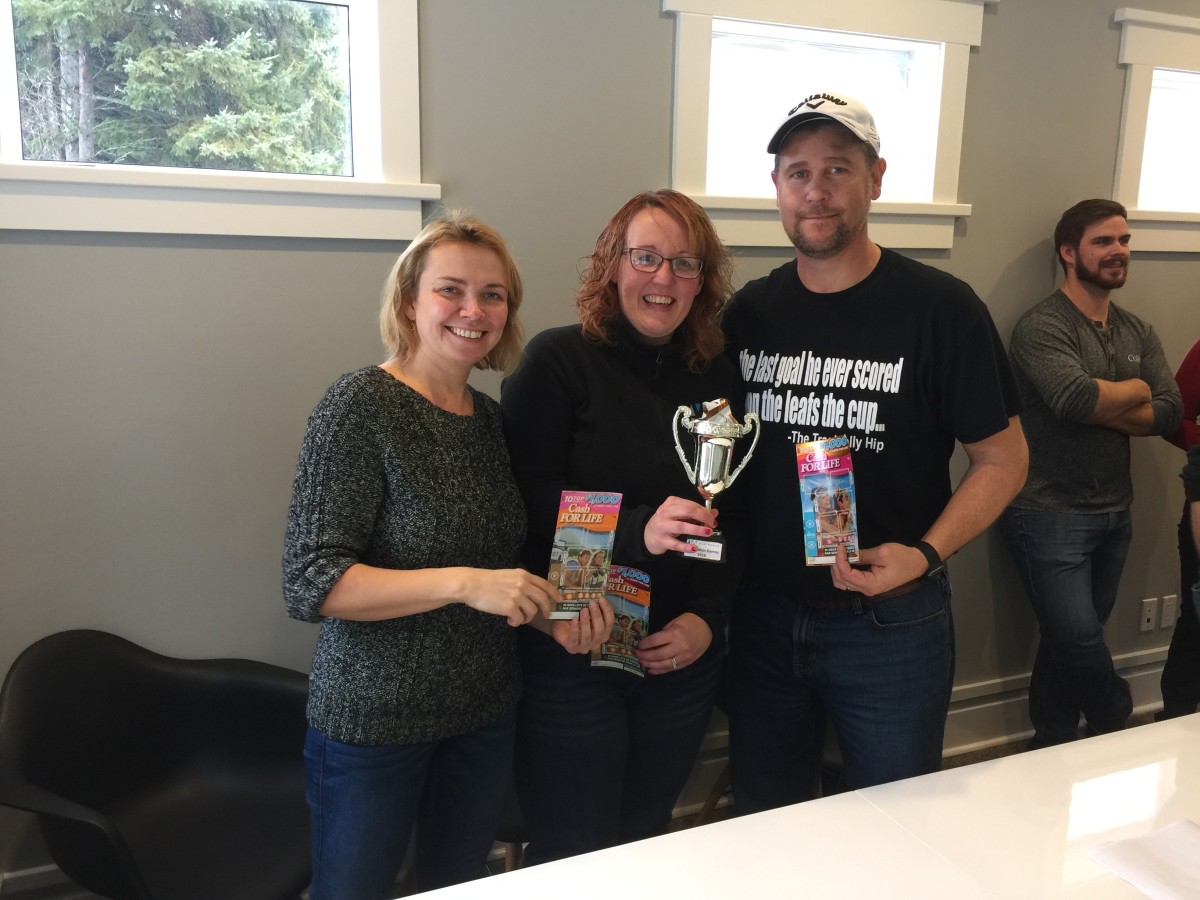 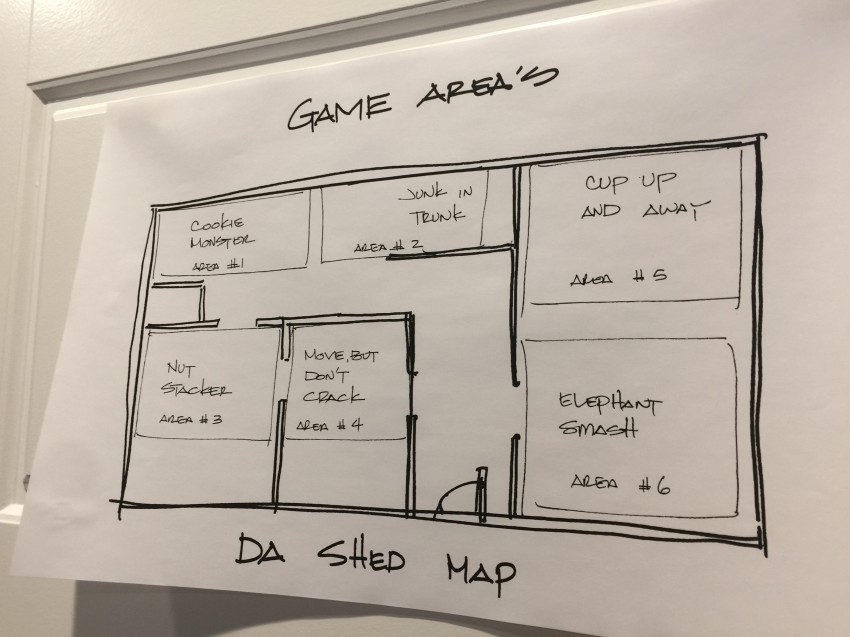 It was an eventful morning here at Wentworth Landscapes. With the end of 2016 upon us members of our Design Team, Tara and Jay, brought us all together for the first (hopefully annual) Celebration Games. Six teams, three teammates, and six tearfully funny games.

The teams rotated through each game and had one minute to get the best score possible. Game one involved a lot of black teeth and a cookie crumb facial - The Cookie Monster. Each player had to get as many Oreos from their forehead to their mouth - and eat them! - without using their hands. This was challenging and disappointing for us cookie lovers who caught natta! 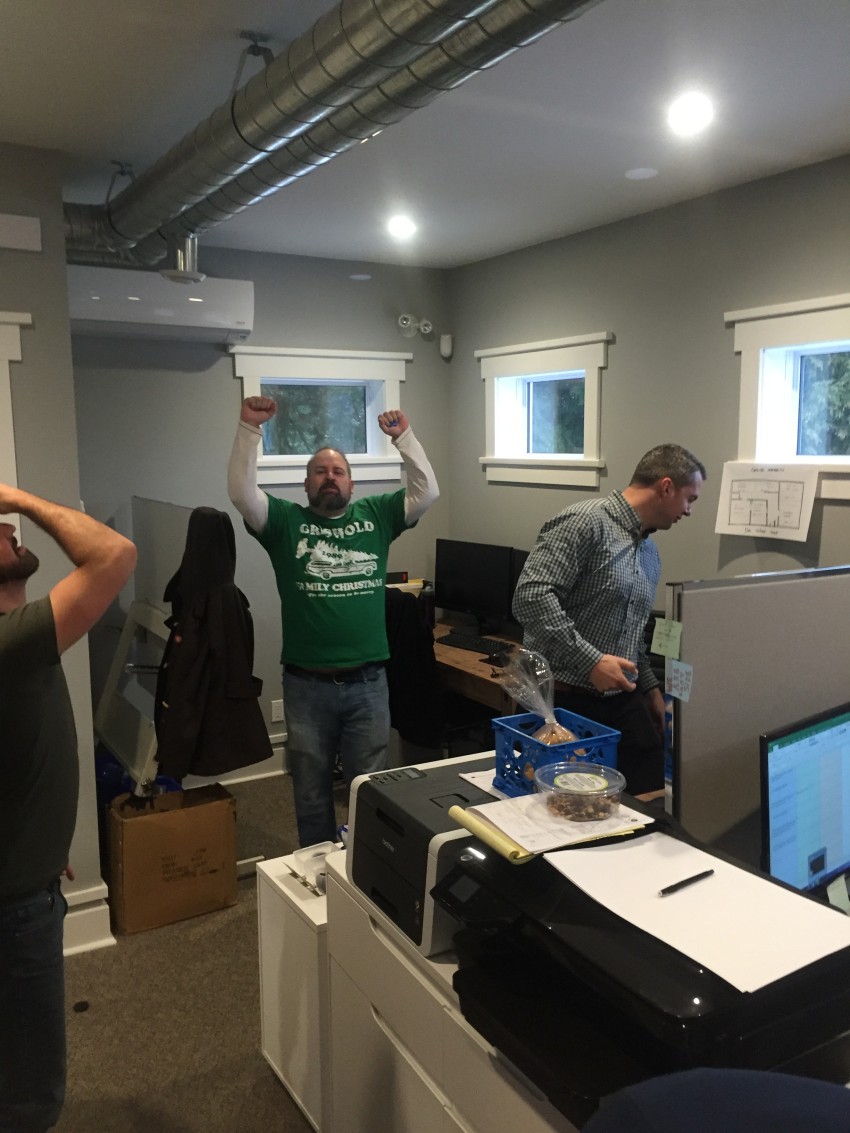 Next, we moved on to a game that really tested our dance skills. Some people really surprised us.... I mean REALLY surprised us. Junk in the Trunk was all about how many ping pong balls you could jiggle out of your kleenex box that was attached around your waist. Shakira's Hips Don't Lie would have been a very appropriate soundtrack to this game. 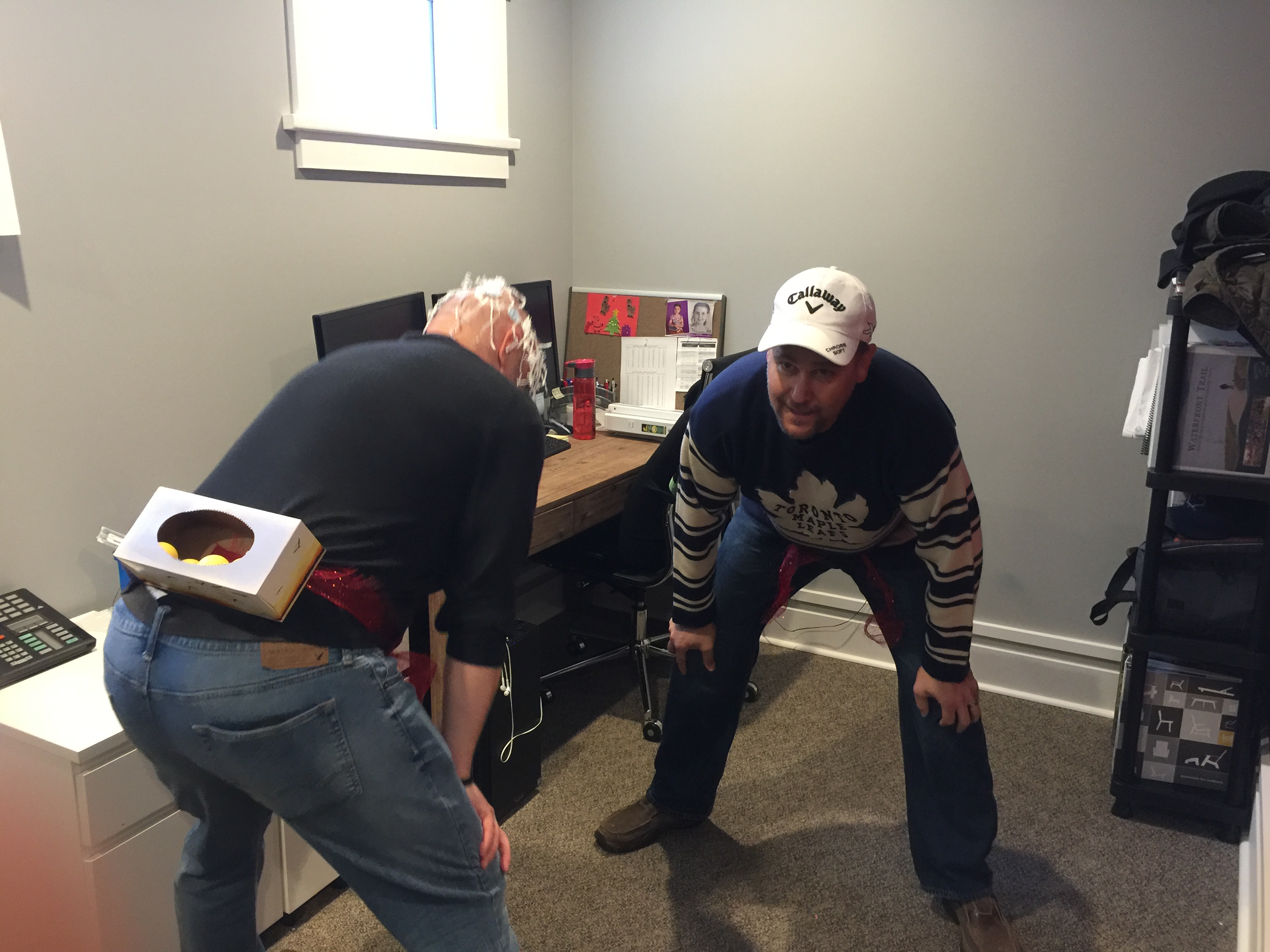 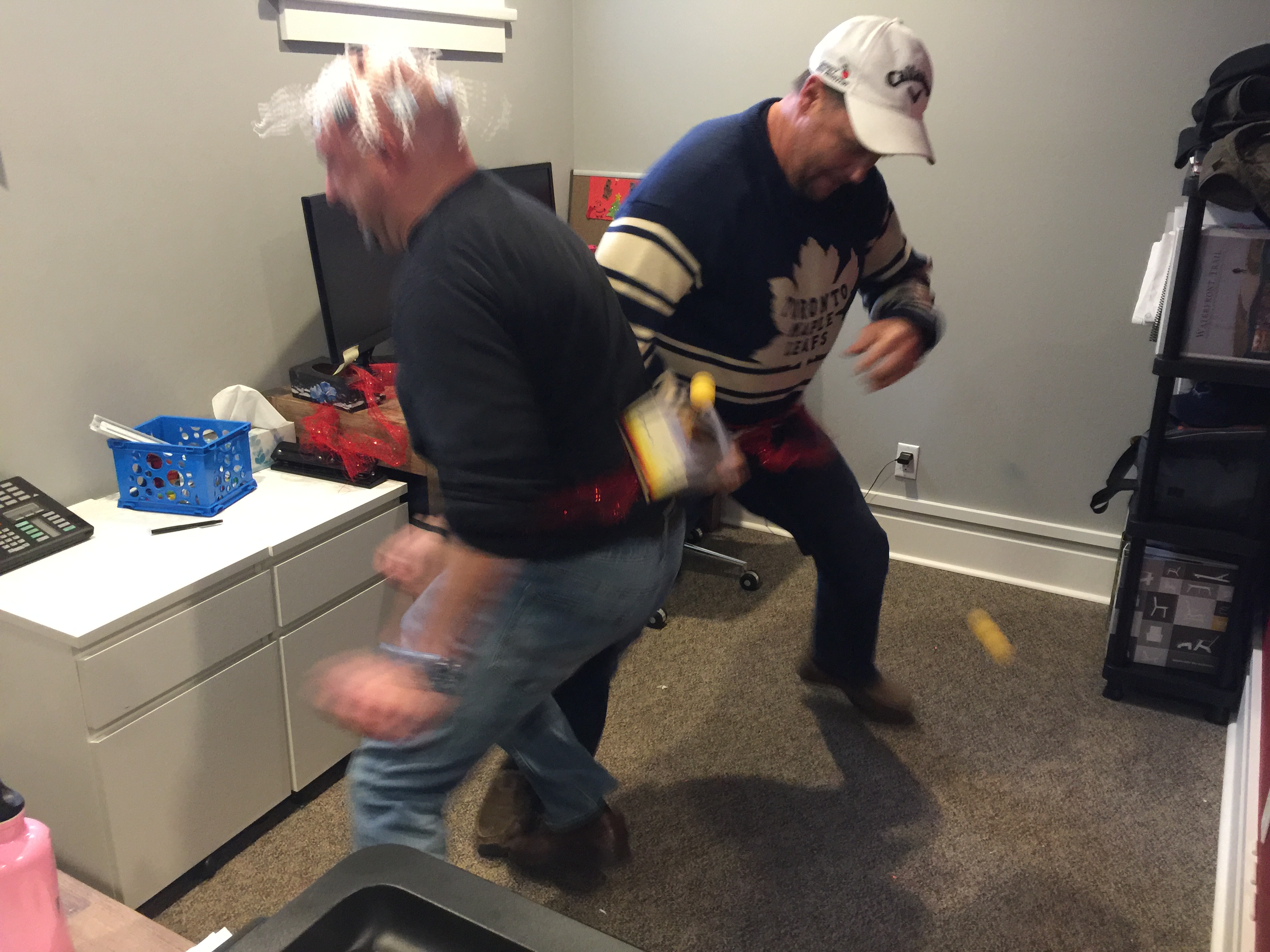 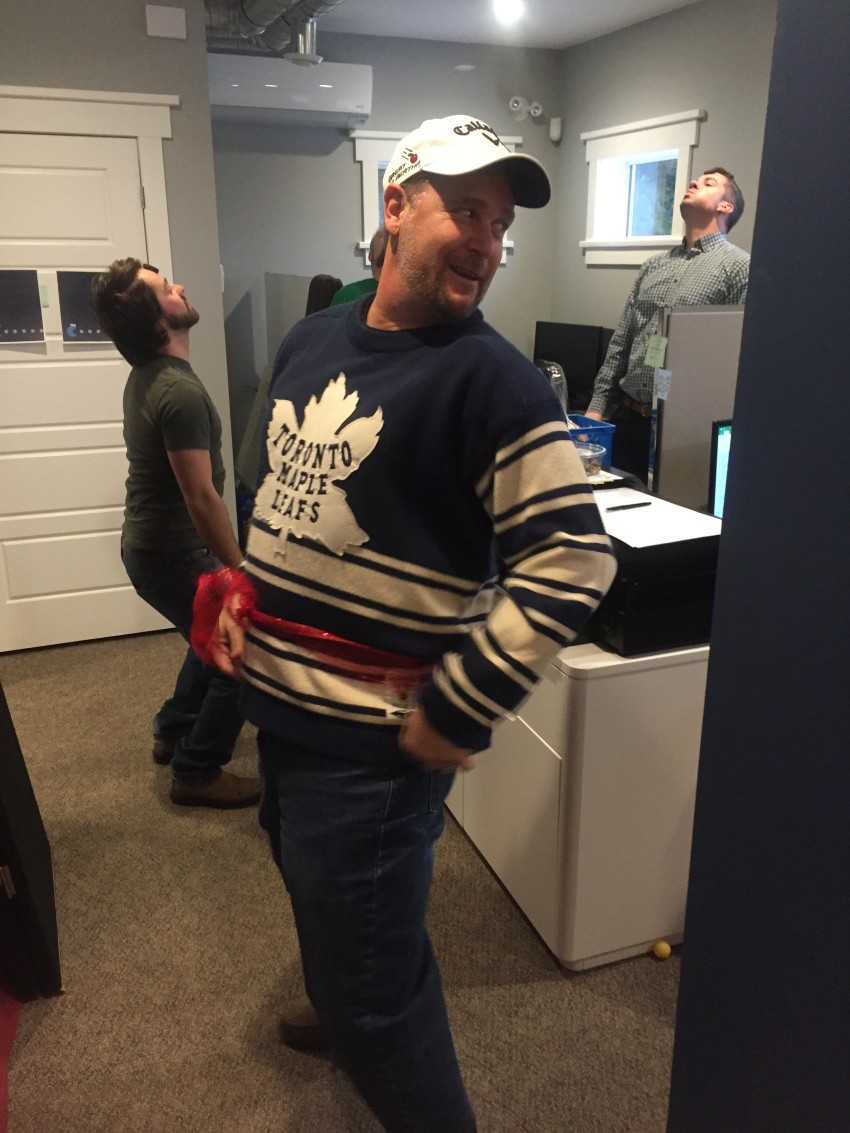 Game three meant a lot less shaking, although it was hard to avoid the shaky hand. A lot more focus and attention went into this. The dreaded Nut Stacker game had us using shish kabob sticks to pick up small botls and stack them on their sides. More strategy in this game than you'd expect! Perhaps this activity provided a little insight into the focus our admin team gives to detail every day. 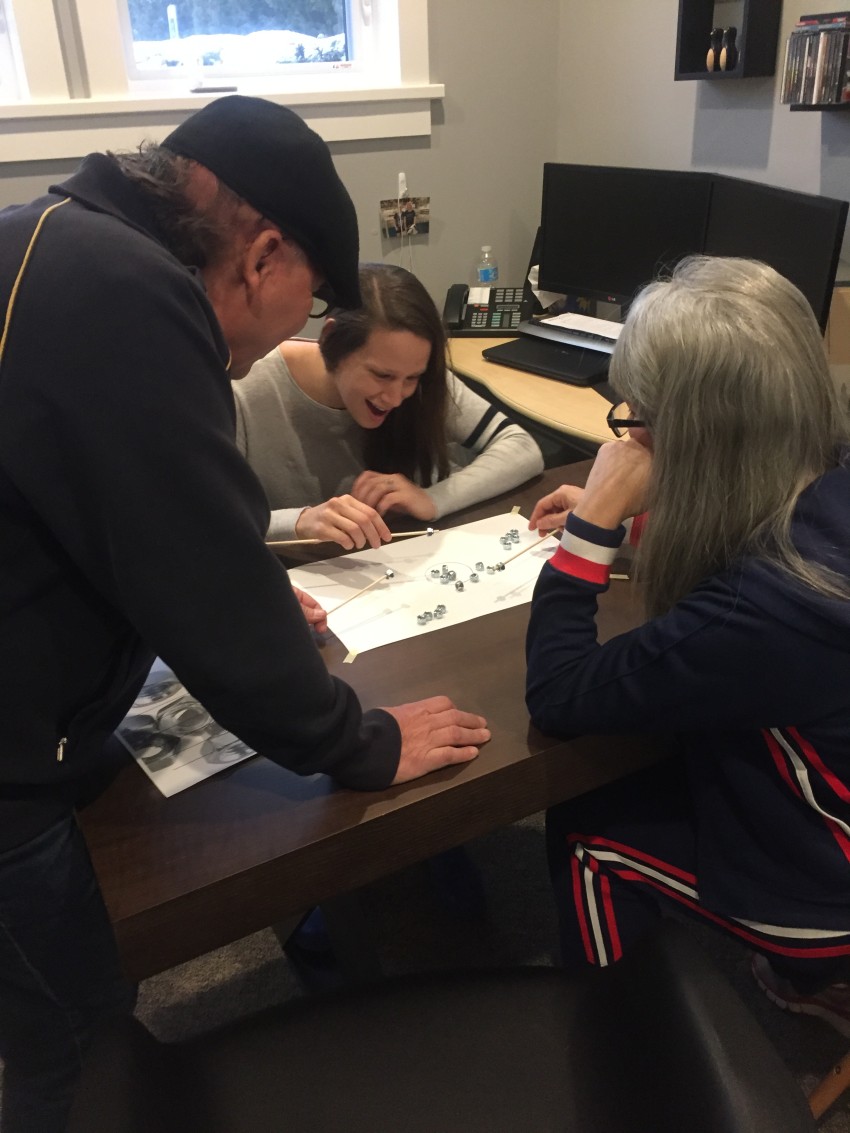 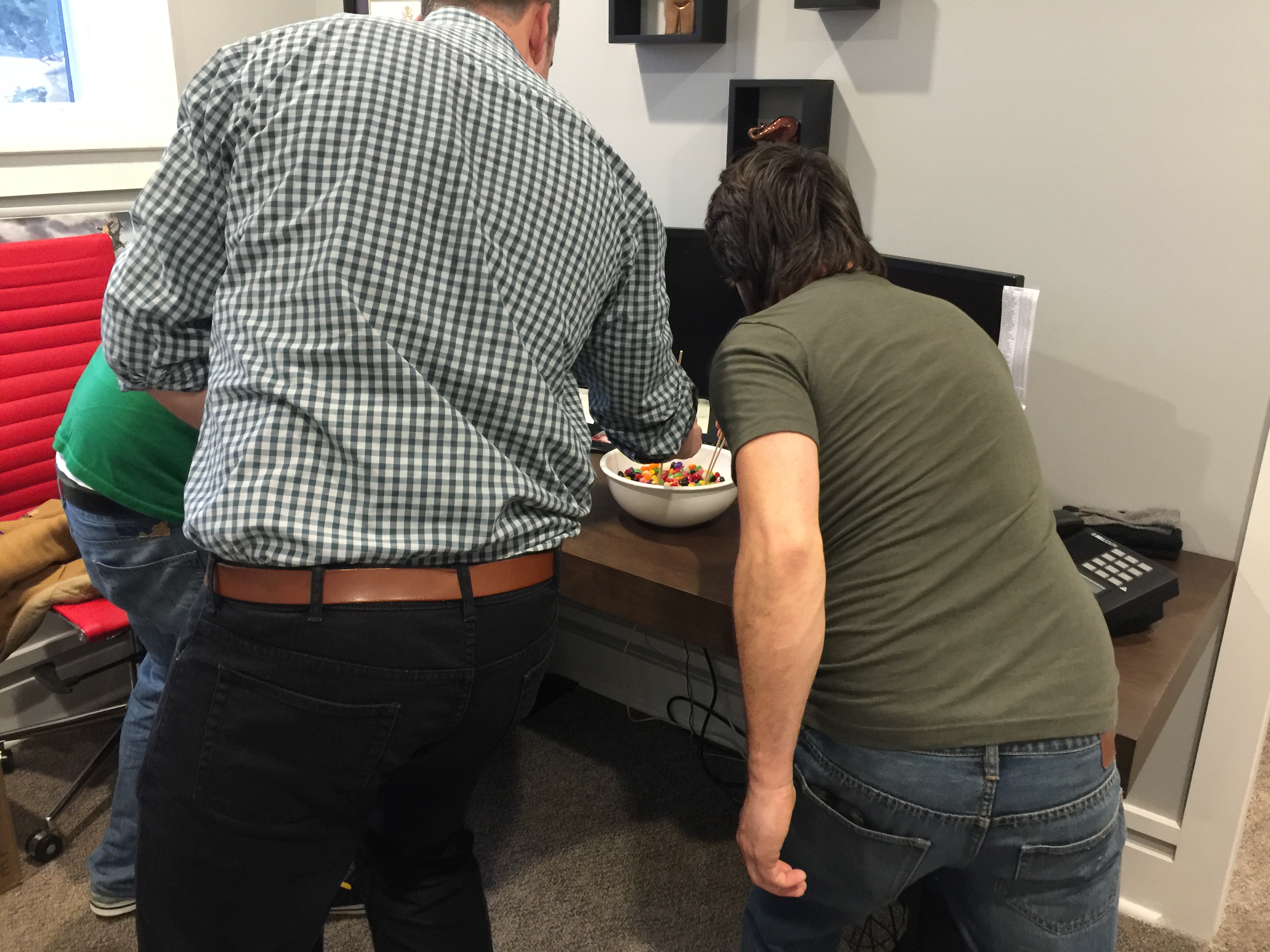 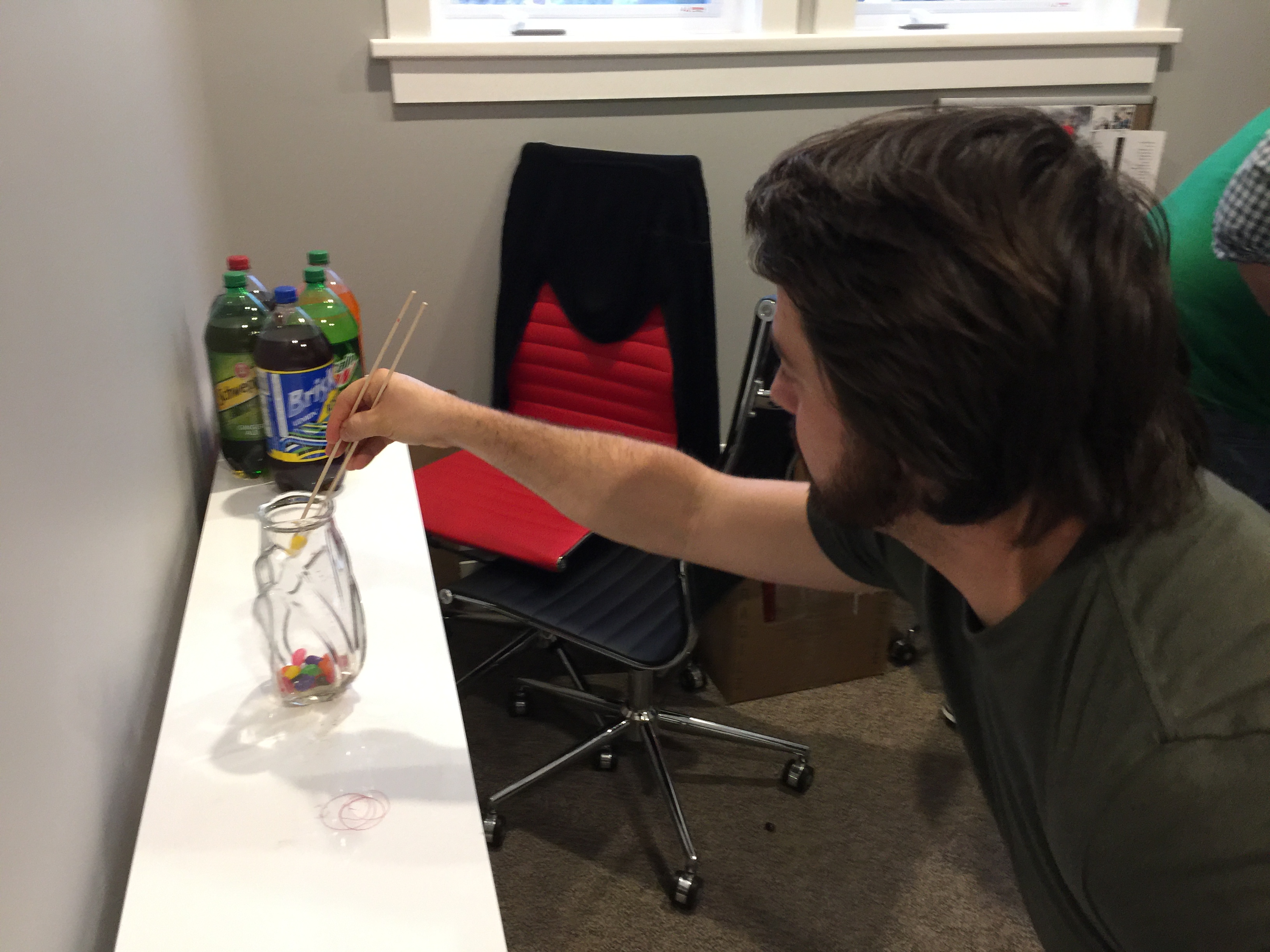 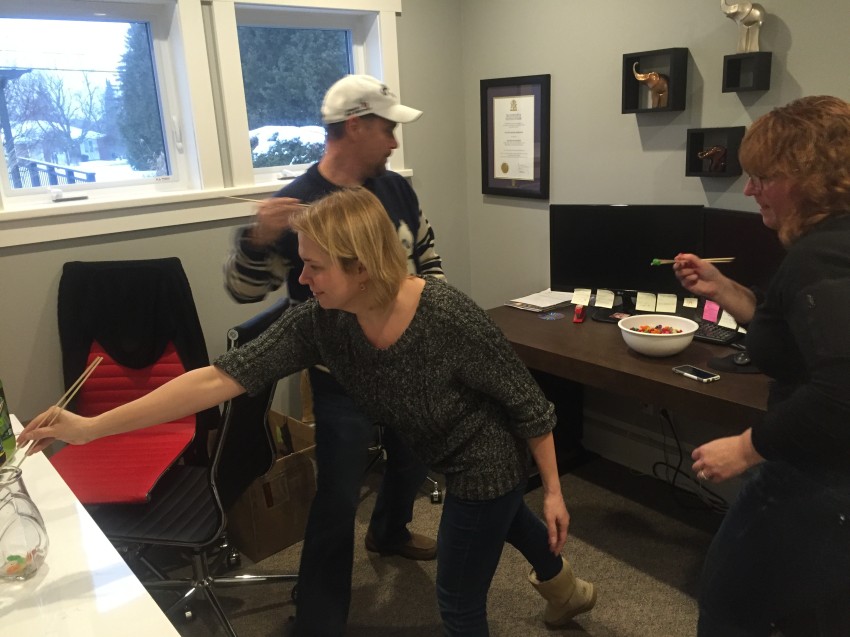 Game five we found ourselves to be full of hot air... Not like that! How many cups could we move off the table with balloon air was the goal of this game. Cup Up and Away was very strategic. Did you know there is an optimal time to squeeze the air out of a balloon to create the biggest force? I can't tell you the math, but experimentation does not lie. Once we figured out how many puffs of air to blow into the balloon to get that maximum force it was game over! 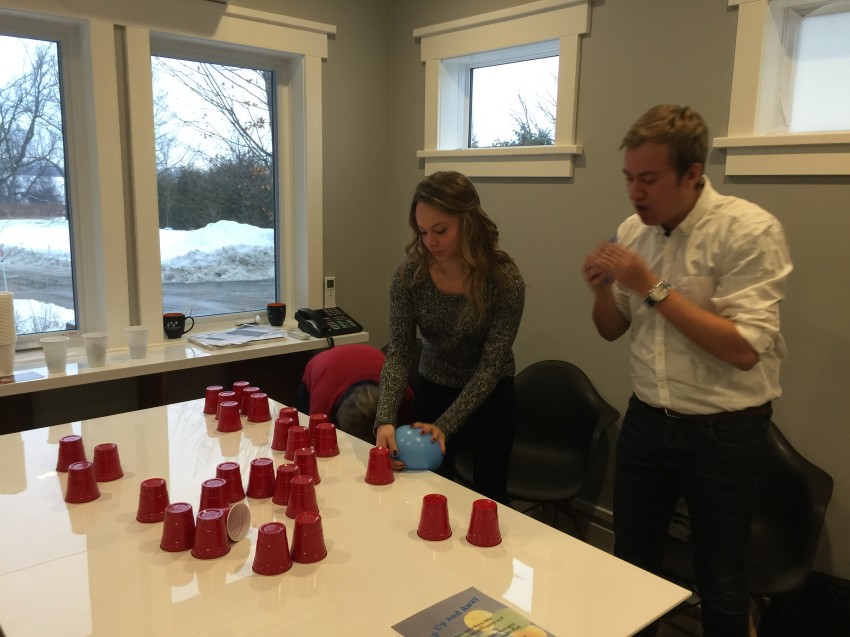 Game 6 tested our excavating skills. That is if we excavate with a babseball and a pair of nylons. Elephant Smash was all about how many full water bottles we could knock over by attaching a very stretchy pair of stockings to our head with a baseball in the bottom of it. 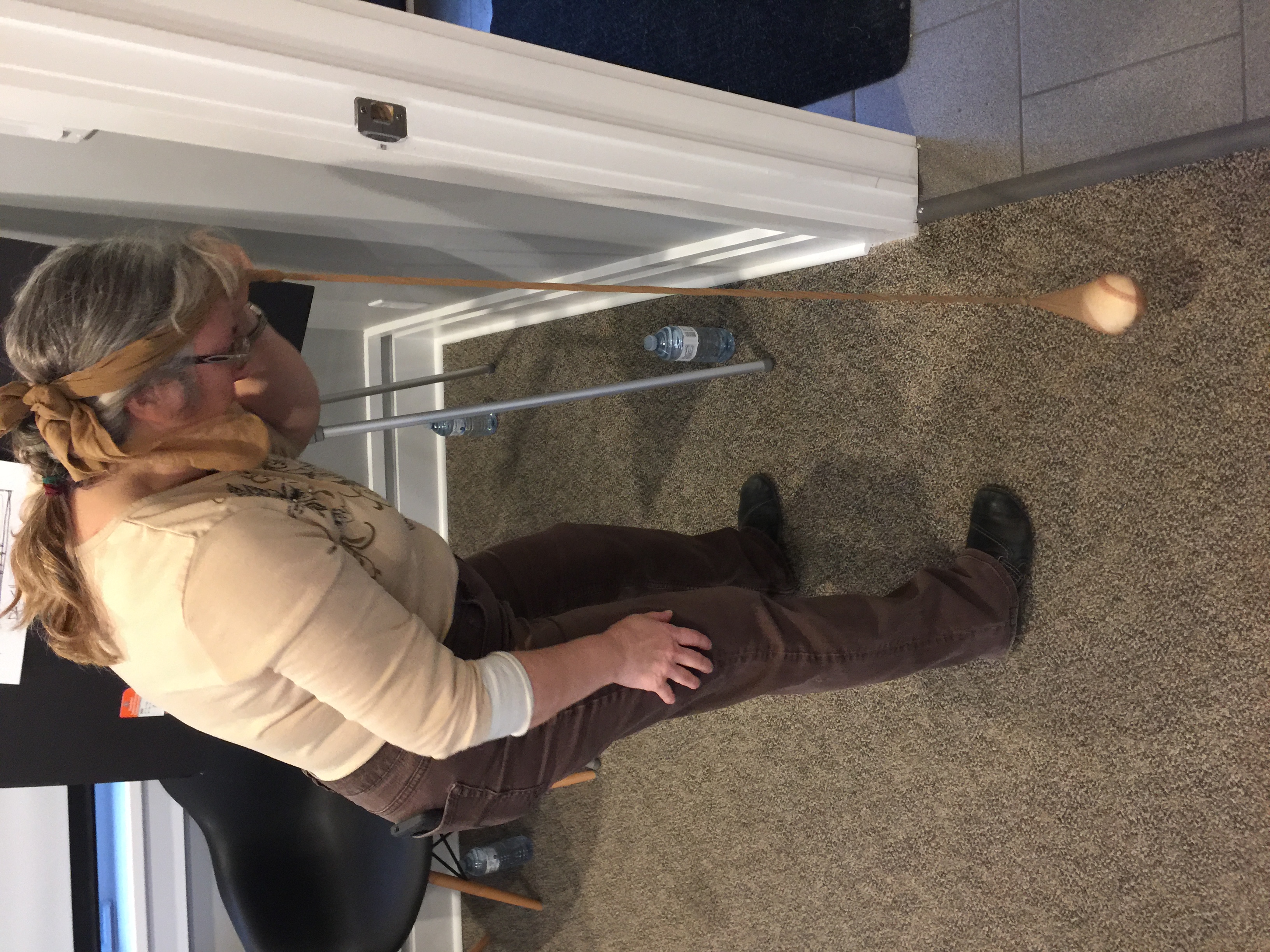 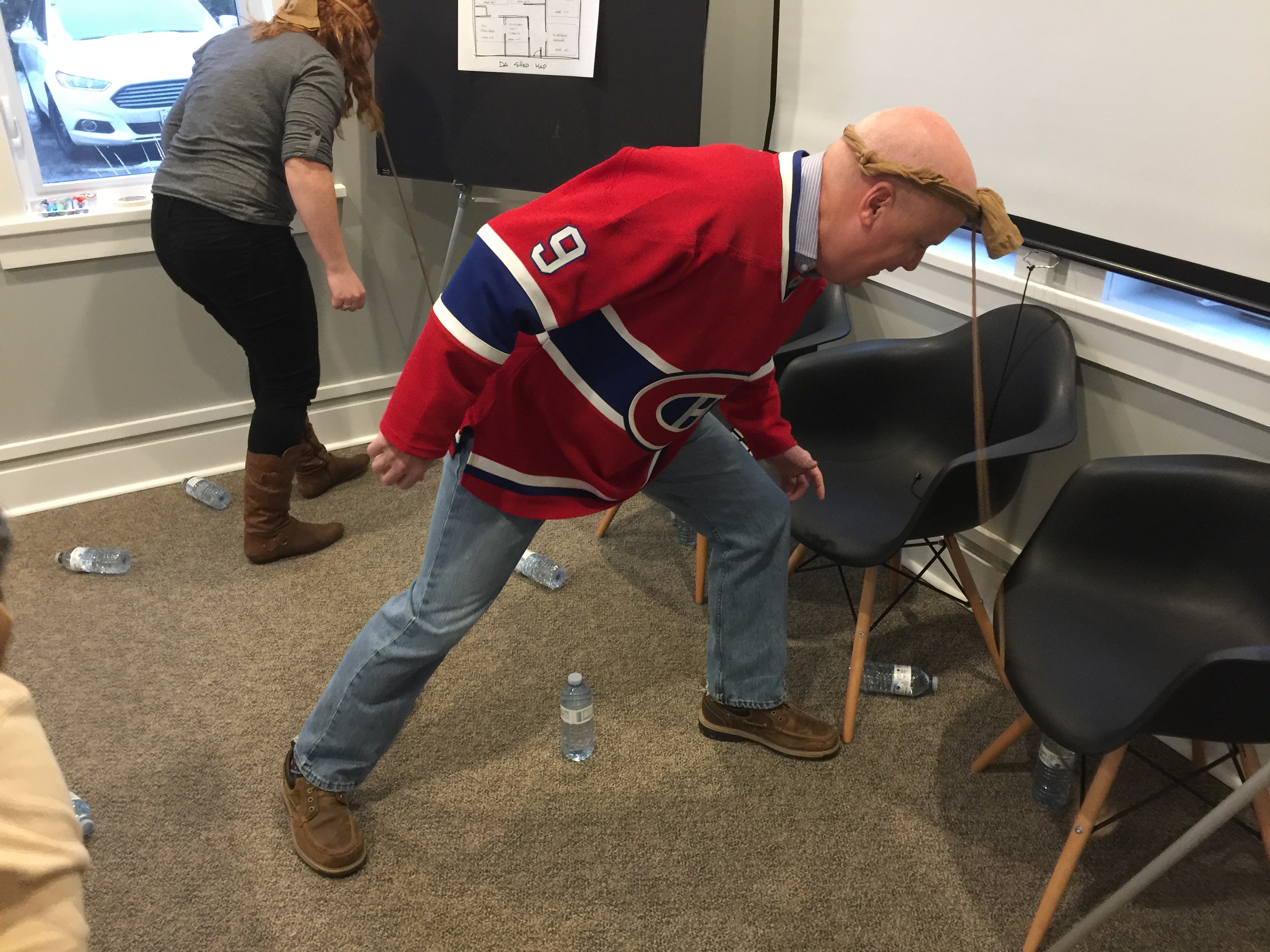 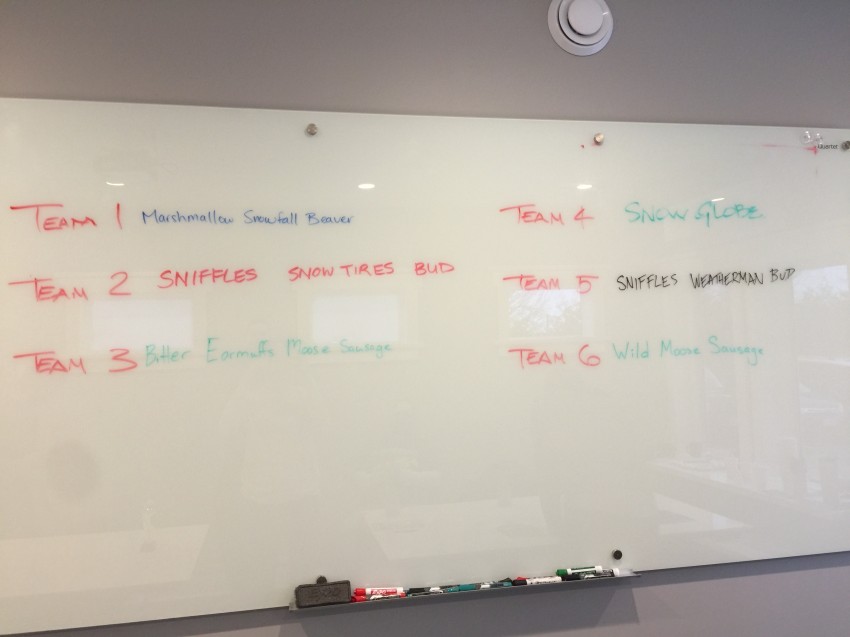 Once we survived the six games with an elevated level of competition and perhaps a few beads of sweat resting among our foreheads we eagerly awaited the tally. Two teams went to the finals: Six and Four.

For the finals each player had to complete two games by themselves. This time their only team support was from the side lines. And there was a lot more pressure with the entire group spectating. In the end it was Team Six that won but Team Four didn't go down without a fight.

Check out the gallery below to see the matches.

Check us out on Facebook to see videos of the games. Trust me, you won't want to miss the Junk in the Trunk video.